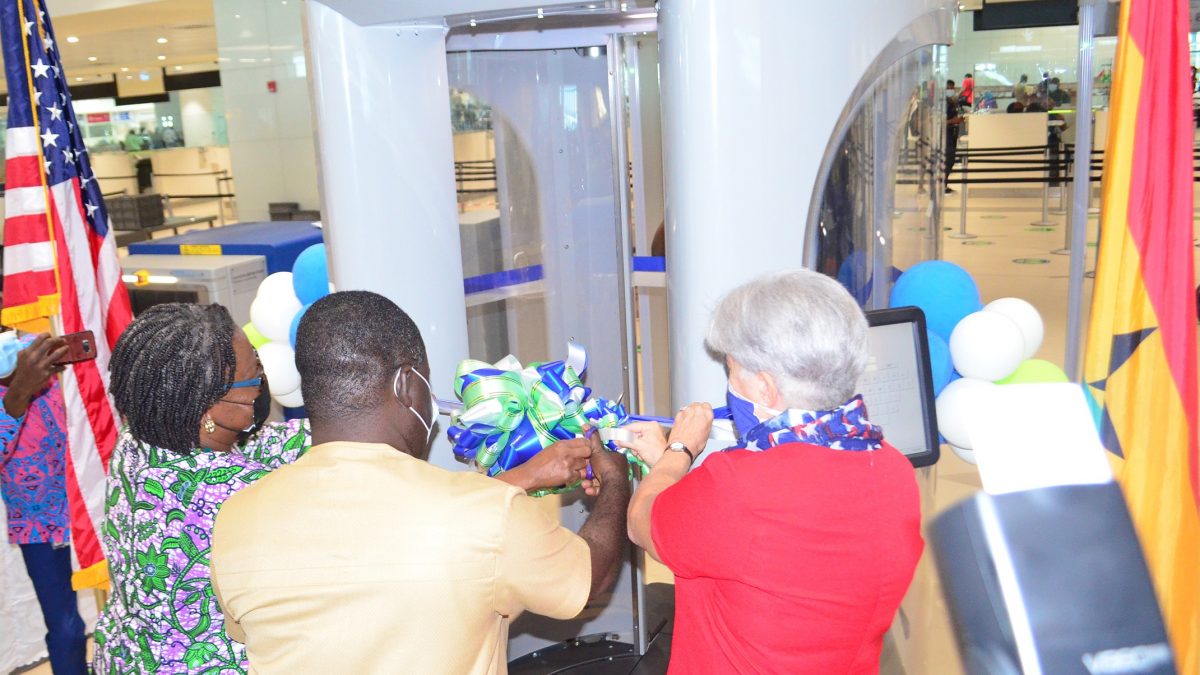 In his welcome address, the Managing Director of Ghana Airports Company Limited, Mr Yaw Kwakwa indicated that the donation was coming at a time when the aviation industry was facing terrorist threats globally and Ghana is no exception. He cited a recent attack at ABHA Airport in Saudi Arabia in which four explosive-laden drones were used to destroy an aircraft on the ramp. He said ‘this is a clear indication that aviation-related terrorist attacks are not ending anytime soon’.

He indicated that the stagers have become more sophisticated and deploy mind-boggling techniques which are mostly difficult to counter when equally sophisticated security technologies are not deployed at the targeted airports. Mr Kwakwa said the benefits of the equipment include enhancing the detection of concealed prohibited items on passengers among others.
He assured the US Embassy that the equipment will be put to good use in order to provide enhanced safety and security for travelling through KIA.
Mr Kwakwa announced that KIA was recently adjudged ‘Best Airport in Africa’ by Size and Region (2-5million passengers a year) in the 2020 Airport Service Quality Awards by Airports Council International.

He indicated that this was the second time KIA had won this award in two consecutive years. The awards, he said are a demonstration of the strides made to provide passengers with world-class facilities and services for a safe and pleasant travel experience.
He was hopeful that the US Government will continue to support Ghana and for that matter, GACL in enhancing security systems at KIA.

The Hon. Minister of Transport, Kwaku Ofori Asiamah whilst expressing appreciation for the kind gesture indicated that the donation was a demonstration of the US Government commitment to fighting terrorism at the airport. He touched on Ghana’s prioritization of safety & security of travelling public and said this will assist in the detection of metallic and non-metallic substances for appropriate action.

He gave assurance that Ghana will continue expand its bilateral relations with the U.S Government to strengthen global aviation security.

For her part, the US Ambassador to Ghana, Madam Stephanie S. Sullivan indicated that the growth of Ghana’s aviation brings to the fore, the importance of aviation security screening and information sharing. She stressed the commitment of the US Government to delivering best practices in airport security management and the necessary training for the equipment. 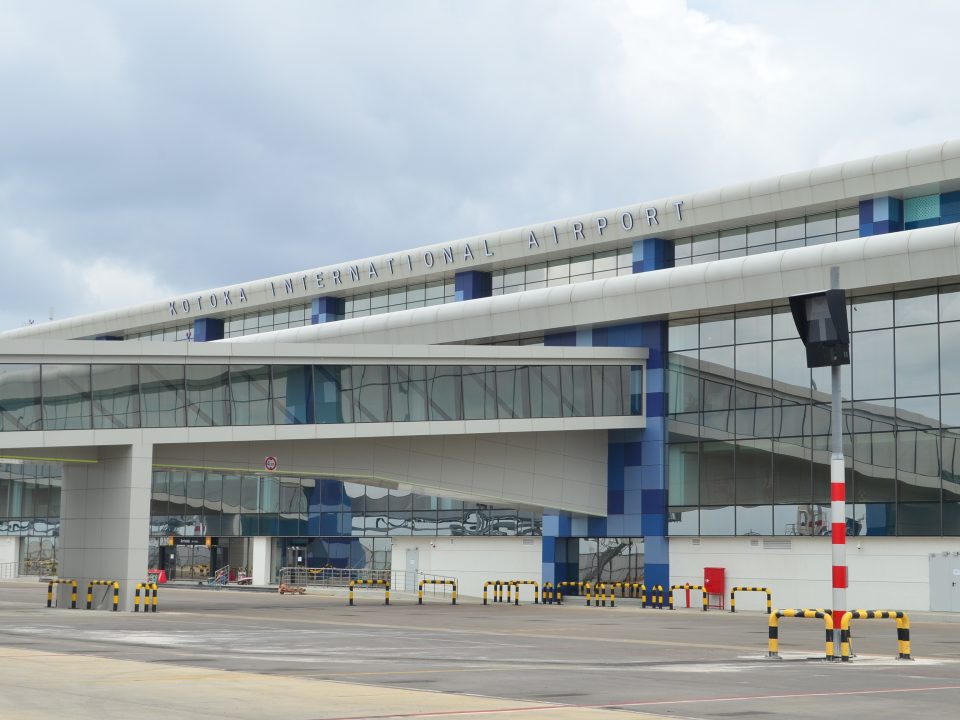 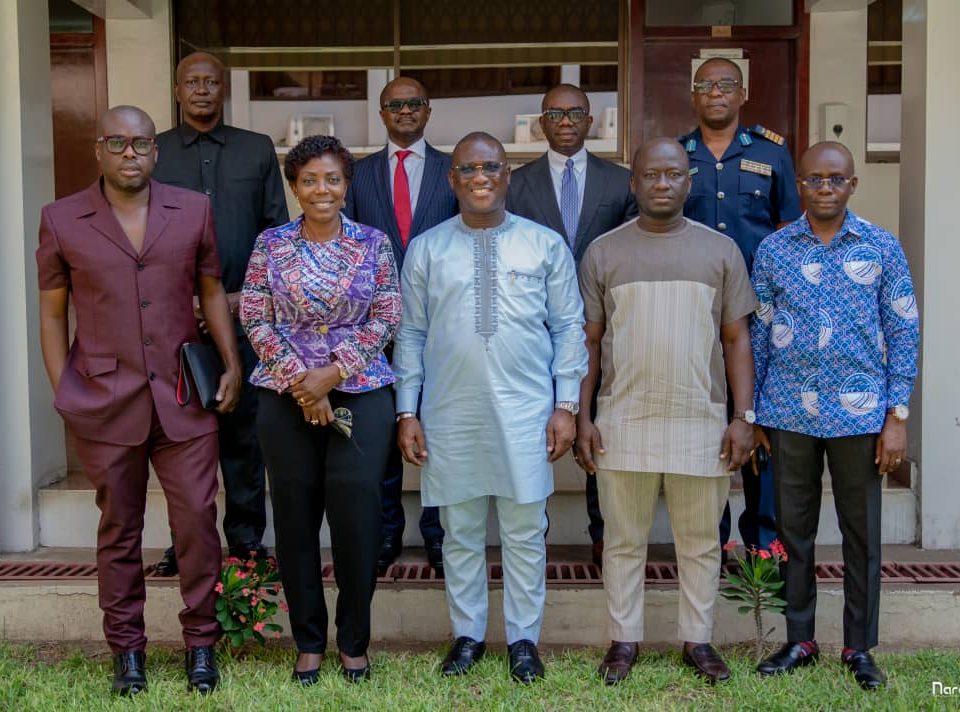 INAUGURATION OF NEW GACL BOARD 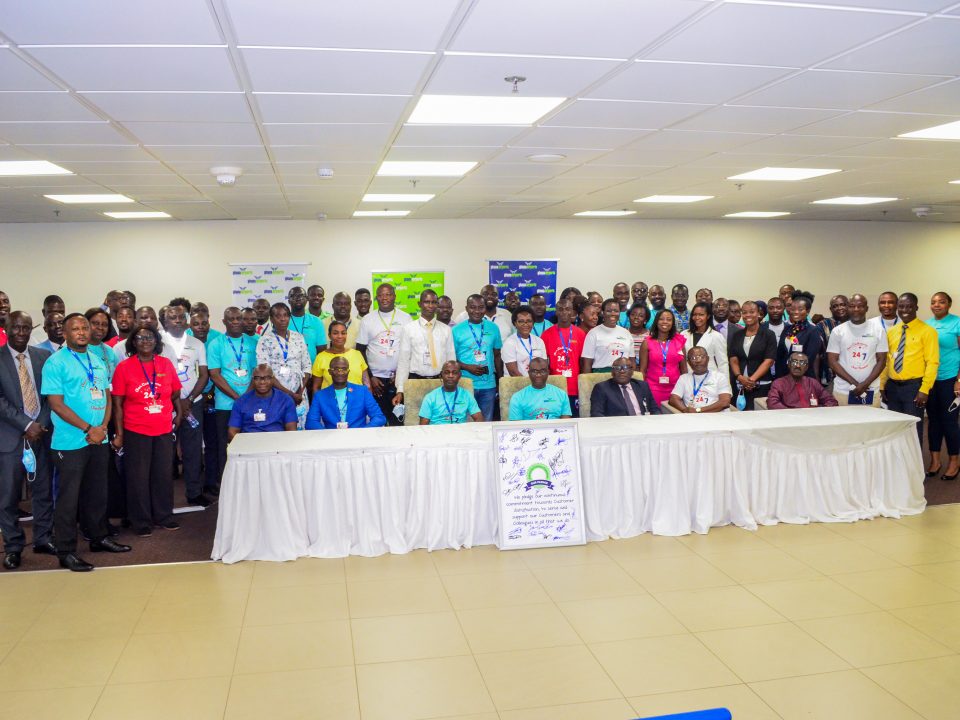